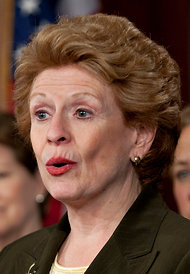 Earlier this month, in a ninth-floor conference room of the Northern Trust bank in Chicago, an unlikely assembly of futures industry executives, regulators and customers discussed the fallout from MF Global’s collapse.

The closed-door meeting illustrated a fundamental shift under way in the futures industry: financial firms, ordinarily loath to accept regulation, are now spearheading efforts for new oversight as they try to heal the black eye left by MF Global and the disappearance of $1.2 billion in its customers’ money.

But calls for a crackdown must contend with a legacy of a light regulatory touch.

Many firms that trade futures contracts employ only scant safeguards to protect customer money, interviews with dozens of industry officials and an examination of public records show.

While futures firms must track their customer money daily, most are required to share their reports with regulators only monthly, and the firms are subject to full-scale audits just once a year. Firms need not inform customers of the whereabouts of their money, and not one of the firms examined for this article employs real-time tracking of its customers’ money — a feature that might have alerted regulators when MF Global first dipped into customer money. 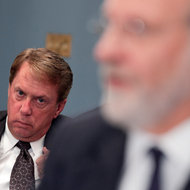 People in the industry also question whether regulators, in particular an exchange that profits from the industry’s gains, have been too gentle on futures firms.

And if a firm runs afoul of the rules, regulators largely rely on the firms to report their own wrongdoing. While regulators have sanctioned about 10 firms for misusing customer money over the last 15 years, records show, scores more have gone unpunished because regulators deemed their violations accidental, people briefed on the cases said.

Concerns about a lack of controls and regulation are underpinning the movement for change after MF Global’s downfall.

“To a certain extent, I think the industry was hoping there was some smoking gun, so it could be seen as unique or as an aberration,” said Gary DeWaal, the global general counsel of the futures firm NewEdge. “But the longer this goes on, the more you wonder whether there was something in the system that went wrong.”

Some investigators suspect that MF Global tapped money from futures customers to cover trading losses and demands from securities customers who were closing accounts, people briefed on the investigation have said. Because the creditors were entitled to receive this money, in essence, some of the $1.2 billion could be gone unless investigators manage to claw it back.

The MF Global bankruptcy has stirred fears in customers. For years, brokerage firms have attracted clients with the promise that customer cash will be kept separate from the firm’s money. The industry has largely kept that promise.

On Wednesday, it received a modest boost. The Commodity Futures Trading Commission released results from a “limited review” of how 70 futures firms protect customer money, an effort to buoy confidence. The results show that each firm properly protected customer money.

Still, the review was just a snapshot, falling short of a full-scale audit.

Each day, futures firms prepare a daily report that contains the amount of customer money it holds. At the largest firms, multiple layers of compliance officials oversee the calculation, though it is not due until noon the following day, giving firms significant leeway with reporting, industry officials say.

And the figures are typically submitted only once a month to the CME Group, the for-profit exchange that serves as the self-regulator. There are some exceptions: CME required MF Global to submit daily reports for the last three years.

A spokeswoman for the CME noted that firms must “maintain internal controls to ensure the customer segregation funds are held separately and meet compliance levels.”

But the National Futures Association, another self-regulator known as the N.F.A., requires the 26 firms it oversees to turn over their reports every day.

Russell R. Wasendorf Jr., president and chief operating officer of PFGBest, a brokerage firm, said his calculation of customer money goes straight to the N.F.A. daily. If there is a problem, an e-mail alert goes to the regulator.

Even when firms report every day, there is no guarantee they will comply with the law. Futures industry lawyers note that regulations alone cannot protect customers if a firm has porous controls or employees set on misconduct.

The N.F.A. has sanctioned six firms for failing to protect customer money over the last 15 years, according to regulatory records. And the futures trading commission has filed three similar enforcement actions over the same period.

The most notable case was in 2008 and involved Sentinel, a Chicago firm whose customers are still owed nearly $600 million. The agency also sanctioned J.P. Morgan in 2009, accusing the bank of having customer accounts that were “insufficiently funded by approximately $750 million.” Unlike MF Global, J.P. Morgan did not face bankruptcy, and it was able to make its customers whole.

Up to a dozen times a year, regulators also receive an acknowledgment from firms that they breached the rules on customer money, people briefed on the figures said. Because the violations were “technical,” meaning they were brief and accidental, regulators declined to take action, though the C.F.T.C. has said it will fine firms that break the law.

Perhaps more worrisome for some firms is what sort of change may come to the industry — and whether they will have a voice in shaping it. Some industry officials say they worry the government may overreact to the MF Global situation before they know what caused its downfall.

The Futures Industry Association, an influential trade group, has formed a task force to study potential policy changes. CME, N.F.A. and other self-regulators have formed a similar committee, which plans to meet next week in Chicago.

John L. Roe, a principal at BTR Trading Group, helped call the meeting at Northern Trust. The 40 or so attendees — from financial officers at tiny firms to the chairman of the CME Group, Terrence A. Duffy — spent about three hours crowded around a conference table, trying to figure out a way to shape a possible overhaul.

Most agreed that customers should be placed first in line among creditors, prompting discussion about changes to a byzantine bankruptcy process.

“We’re in an election year and $1.2 billion of someone else’s money went missing from one of the biggest players in the industry,” said Mr. Roe, who added that “Congress is going to take action.”

The Senate Agriculture Committee has sent letters to big industry players, seeking their input on a crackdown. “As we move forward, the committee will further examine customer protections in the commodities markets to see where reforms are needed so participants are assured their money is safe,” said Senator Debbie Stabenow, Democrat of Michigan and chairwoman of the committee.

Some regulators, too, are weighing new safeguards for customers.

Scott D. O’Malia, a Republican member of the C.F.T.C., has suggested that firms should tell their customers the location of their money.

Bart Chilton, a Democrat at the agency, has proposed an insurance fund, much like that of the securities industry, and has suggested that the penalty for misusing customer money be increased. It is currently $140,000.

“We need the mechanisms in place to ensure funds are safe and secure every second of every day,” he said.