This article originally appeared as a Reuters dispatch. 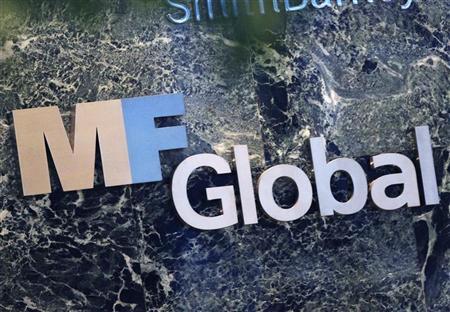 (Reuters) – Former clients of MF Global (MFGLQ.PK) are growing more optimistic about the prospects for recovering their frozen money, which is helping to bid up the price of customer claims being resold to distressed debt traders and investors.

Most customers have received about 72 cents for every dollar they had invested with the futuresbroker, which filed for bankruptcy in October, and have filed claims in court for the rest.

Customers who want or need immediate payment can sell those claims to bidders who hope to make a profit on further recoveries through the bankruptcy process.

Distressed debt traders including Barclays Plc (BARC.L), as well as investment banks like the Seaport Group and other entities, had been offering former customers around 90 cents on the dollar, in return for taking over their claims. But bids have steadily climbed, and last week, Barclays boosted its bid to 92 cents, according to an email obtained by Reuters that was circulated within the Commodity Customer Coalition, an advocacy group for former MF Global clients.

The Seaport Group, which last week had offered 91.25 cents on the dollar, on Monday told the customer coalition it was upping its bid to 92.75 cents, according to a Seaport term sheet obtained by Reuters.

“If one of them moves, the others follow suit,” John Roe, a spokesman for the customer coalition, said. “That’s what we’ve been seeing.”

A spokesman for Seaport on Monday confirmed the increase, but declined to comment on why it was raising its price.

Barclays’ new offer, meanwhile, was directly tied to a proposal by James Giddens, the trustee liquidating MF’s broker-dealer, to return more money to customers, according to two people briefed on negotiations between Barclays and the coalition. The sources declined to be named because the negotiations are private.

To Mike Recine, whose Highridge Futures Fund had $59 million in MF Global accounts when the brokerage collapsed, the growing interest from sophisticated claims traders suggests the outlook for a near-complete recovery is strong.

“They’re getting very aggressive about it,” Recine, a general partner at Highridge, said of the bidders.

There is no public market for the bankruptcy claims. Bidding takes place by emails and phone calls to individual customers, and in meetings with brokerage firms such as RJ O’Brien, which have taken over many of the former MF Global accounts.

Several customers, including the Wisconsin Electric and Wisconsin Gas Cos and Chicago Board of Trade Options trader Billy Hunt, told Reuters they have been approached by bidders.

Giddens has said he neither encourages nor discourages claims trading.

Claims trading in MF Global is complicated by the disappearance of an estimated $1.6 billion in customer money in the broker’s chaotic final days. Prices for claims are being driven in part by bidders’ best guesses for how much success Giddens will have in recouping that money.

Customer optimism has also shot up as a result of Giddens’ work, further buoying the bids.

Giddens said in February that customer money was improperly used to cover corporate transactions. He is in charge of trying to recover as much money as possible from banks, clearinghouses and MF Global affiliates where it may have ended up.

Giddens has paid back MF customers roughly $3.9 billion. He wants to distribute another $600 million to customers who traded on U.S. exchanges, increasing their recovery to about 80 cents on the dollar. A court hearing on the proposal is set for April 12. The possibility of an expanded payout has swayed Hunt, the CBOT options trader, who was ready to sell his claim for 91 cents on the dollar about two weeks ago. Hunt said he will now wait because if the trustee’s new payout plan is approved, he is that much closer to being made whole.

Hunt, who had $26 million in MF Global accounts when it failed, said bidders would need to pay him 93 to 94 cents on the dollar for him to consider giving up the chance of eventually getting more on his own.

“They are going to have to do what traders do when they want something fast – pay up,” he said.

The Giddens-led recovery process is “the only tangible thing you can really put your confidence in” as a former client, he said.

“Unless you need your money right now, my tendency is just to kind of hold out.”

But the plan to bring customer recoveries up to 80 percent is not a surprise, nor does it have any bearing on whether Giddens can ultimately recover customer money.

Still, investors see it as a sign of progress, said Brian Coppola, a claims trader at Fulcrum Capital, which has acquired customer claims worth more than $150 million in face value.

“This is not huge news for us,” Coppola said. “Everyone expects to get a few more pennies back. The big question is what the eventual payout will be and how long that will take.”

A negative development could bring the market down as quickly as Giddens’ payout proposal brought it up.

“If there’s a bad decision in the case, for example, if there are liabilities against the MF brokerage and they need to pull money out of the trustee’s pool to pay those liabilities, the market could come right back down again,” Roe said.