This article originally appeared in the December 17, 2011 edition of Barron’s.

Editors Note: An earlier version of this story incorrectly stated that CME owns the Chicago Board Options Exchange. That exchange is a unit of CBOE Holdings.

It’s one thing for $1.2 billion to vanish into thin air through a series of complex trades, the well-publicized phenomenon at bankrupt MF Global. It’s something else for a bar of silver stashed in a vault to instantly shrink in size by more than 25%.

That, in essence, is what’s happening to investors whose bars of silver and gold were held through accounts with MF Global.

The trustee overseeing the liquidation of the failed brokerage has proposed dumping all remaining customer assets—gold, silver, cash, options, futures and commodities—into a single pool that would pay customers only 72% of the value of their holdings. In other words, while traders already may have paid the full price for delivery of specific bars of gold or silver—and hold “warehouse receipts” to prove it—they’ll have to forfeit 28% of the value. 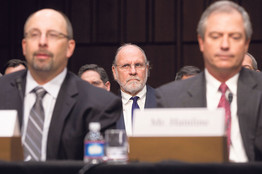 Andrew Harrer/Bloomberg NewsAs
Jon Corzine returned to Capitol Hill for another grilling about his firm’s missing $1.2 billion, a group of investors had another kind of question: Why can’t they have all their gold and silver back?

That has investors fuming. “Warehouse receipts, like gold bars, are our property, 100%,” contends John Roe, a partner in BTR Trading, a Chicago futures-trading firm. He personally lost several hundred thousand dollars in investments via MF Global; his clients lost even more. “We are a unique class, and instead, the trustee is doing a radical redistribution of property,” he says.

Roe and others point out that, unlike other MF Global customers, who held paper assets, those with warehouse receipts have claims on assets that still exist and can be readily identified.

The tussle has been obscured by former CEO Jon Corzine’s appearances on Capitol Hill. But it’s a burning issue for the Commodity Customer Coalition, a group that says it represents some 8,000 investors—many of them hedge funds—with exposure to MF Global. “I’ve issued a declaration of war,” says James Koutoulas, lead attorney for the group, and CEO of Typhon Capital Management.

At stake is an unspecified, but apparently large, volume of gold and silver bars slated for delivery to traders through accounts at MF Global, which filed for bankruptcy on Oct. 31. Adding insult to the injury: Of the 28% haircut, attorney and liquidation trustee James Giddens has frozen all asset classes, meaning that traders have sat helplessly as silver prices have dropped 31% since late August, and gold has fallen 16%. To boot, the traders are still being assessed fees for storage of the commodities.

Other kinds of problems are also surfacing. Investor Gerald Celente says he was hit with a big margin call when the gold contracts in his MF Global account were transferred to another brokerage. “I refused to put up more money,” he explains, “so they closed out a number of my open positions at the current market price.” The trustee, Giddens, couldn’t be reached for comment for this story. 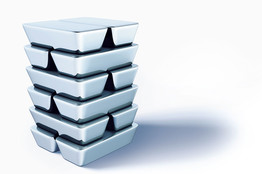 A substantial portion of MF Global’s commodity clients cleared their transactions through the Chicago Mercantile Exchange and Comex, owned by CME Group (ticker: CME). The question now looming over CME’s stock is whether the company will be liable for customer losses. CME, which also owns the Chicago Board of Trade, runs markets for futures contracts and options on futures, interest rates, stock indexes, foreign exchange and actual commodities.
CME’s stock, which had been as high as $327 over the past year, has slid to a recent $242 as a result of low trading volumes and uncertainty about the MF Global scandal.

The Customer Coalition may eventually press its case with the exchange operator. “If it turns out the only way we get customer money back is [to] go after the CME, then we’ll go after the CME,” says Koutoulas.

Trader John Cassimatis of Philadelphia, who was a large client of MF Global, is furious at CME, now that his contracts for silver bars are stuck under the control of the trustee. “Ultimately,” he says, “they have failed to be the backstop, anywhere, anytime.”

IT’S STILL UNCLEAR WHETHER CME will put its commodity-futures customers first—or its shareholders. The company has set aside a $550 million reserve for MF Global customers, and it has cash balances of more than $1.1 billion that it could tap, if needed. But CME Group’s chief operating officer, Bryan Durkin, said last week that CME wouldn’t guarantee the funds that remain missing from customer accounts at MF Global after they are reimbursed by the bankruptcy trustee. Such a move would be “unwise” and the CME has a “fiduciary responsibility” to its shareholders, Reuters quoted him as saying.

At a minimum, it all makes for an intriguing, although risky, play on CME stock.

ISI Group analyst Brian Bedell points out that the shares are changing hands at just 13 times estimated earnings for next year, a three-year low relative to the price/earnings ratio of the Standard & Poor’s 500 Index. If the company dodges big payments to MF Global customers, the stock could be as good as gold.