This article originally appeared in the January 12, 2012 edition of the Wall Street Journal.

“That’s nuts,” said Mr. Haar, a Boca Raton, Fla. commodity-fund manager, who had about $10 million in customer money—about 10% of the total fund—with MF Global when the firm sought bankruptcy protection on Oct. 31. 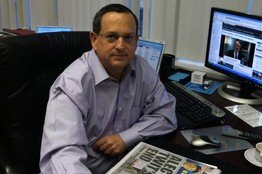 So far, the trustee liquidating MF Global’s brokerage has arranged for customers to be reunited with about 72% of their funds. Now customers are in a new stage of recovery for the rest, slogging through what some describe as an unduly arduous claims process. The trustee has estimated that $1.2 billion in customer funds remains missing.

The customers’ main complaints: a 17-page claims form that some say is vague and doesn’t fully reflect the nuances of futures and derivatives markets. Some also are frustrated that a process they hoped would swiftly return their money hasn’t.

While some MF Global customers have resources to pay for advice to help them navigate the fallout from the firm’s collapse, many others were smaller firms or individual account-holders who can’t easily afford outside legal or advisers and are wading through on their own.

The trustee has set up a customer call center and website.

Nevertheless, frustrations are likely to be on display Thursday morning at the first public meeting between customers and the trustee, James Giddens, at a hotel in downtown New York.

Mr. Giddens is expected to provide an update on the claims process and wind-down of the firm and answer questions. About 38,000 customer accounts still haven’t been made whole, according to the trustee.

To complete the claims form due by the end of January, customers are sorting through account statements, digging up details on months-old transactions and calculating the losses or gains resulting from the closing of positions in the wake of the bankruptcy filing.

A typical bankruptcy-creditor form is just a few pages long. But the length of the MF Global form, although not technically a creditor form, speaks to the wide variety of instruments—from commodities futures to equities to options—that its customers held, said Stephen Lubben, professor at Seton Hall University of Law in Newark, N.J. He also said the trustee likely wants to ensure that customers aren’t overpaid.

An ad hoc advocacy group for MF Global customers, the Commodity Customer Coalition, has written a guide to the claims process and has held calls with hundreds of customers about the process, says John Roe, a spokesman for the group and a principal at BTR Trading Group, a Chicago futures brokerage.

“We’ve had questions from customers in every situation you could imagine,” he said. The guide is posted on the coalition’s website.

Bruce Kelly, office manager at Price Futures Group in Atlanta, said he has sent about 40 clients to an outside attorney at his firm’s expense. Even the first question, which asks for customers’ “beginning and ending account balance” as of Oct. 31, is unclear, he said. “Beginning” balance possibly could refer to the trading day before the bankruptcy filing or that morning, he said.

Elaine Knuth, a Zurich-based commodities-fund manager preparing claims for several U.S. accounts, said the form “reflects in my mind a lack of understanding of the commodities industry.”

She pointed to questions that seek to establish the value of contracts liquidated in the week after MF Global’s collapse. Valuing and trading options can be more complicated than doing the same with stocks. In her case, answering these questions required parsing through scores of options trades made in the wake of the bankruptcy.

“I’m neither an accountant nor an attorney, but this is what we have to do just to make sure there is no monkey business,” she said.