This story originally appeared as a Reuters dispatch. 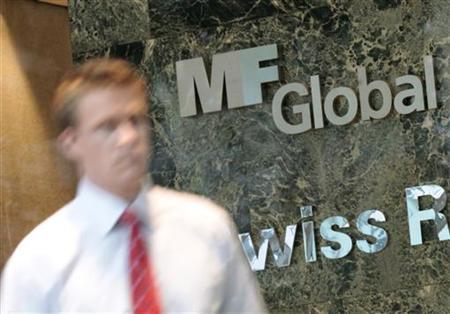 REUTERS – One of the hottest debates raging from Wall Street to the farm belt is destined to stretch into next month, as the trustee overseeing the bankruptcy of broker MF Global Inc collects the final claims by customers who are missing some $1.2 billion – or, maybe, only half as much.

Once a Jan 31 deadline for customer claims comes and goes, trustee James Giddens plans to “sharpen” his longstanding estimate of a $1.2 billion “hole” in customer money. It’s an estimate that has been challenged, publicly or privately, by other agencies involved in the investigation who say the gap may be only half as large.

Some say the discrepancy is technical: Giddens’ estimate includes foreign funds, while others only include U.S. collateral, for instance. Other bankruptcy lawyers and advisors say it may be a case of Giddens, who is responsible for liquidating the brokerage and returning money to customers, managing expectations, hoping to keep anxious traders at bay until he can recover more funds.

Frustrated former clients of one of the world’s most active commodity brokers, astounded by the fact that officials still can’t agree on the basic size of the shortfall, may be hoping for more clarity on Thursday, when they meet with Giddens at a public meeting in Manhattan. So far only about 72 percent of their estimated $5.5 billion has been returned.

They may have to wait weeks longer, however: A reckoning may only be possible after January 31, the deadline for customers to submit all their loss claims.

“When we have the claims numbers, then we’ll know what people think they’re owed,” spokesman Kent Jarrell told Reuters. “And that’s an important number.”

Jarrell did not provide a time frame for when a new shortfall estimate could be released, saying he was not sure how long it would take to process claims, but said the trustee would “hope to do it as quickly as possible.” He stressed that any new estimate would not necessarily be the final number, as Giddens continues to investigate the broker-dealer’s books to determine the exact size and source of the shortfall.

The disagreement over the size of the shortfall suggests the issue is political, not mathematical, said bankruptcy expert Bill Brandt, chief executive of restructuring consultant Development Specialists Inc, and also the chair of the Illinois Finance Authority.

“They know what the number is, they just aren’t telling you,” he said, adding that Giddens may be inflating the figure to draw attention to the problem and ensure he does not end up understating his claim. “Last I looked, people on Wall Street know how to count.”

Giddens accounted for the discrepancy by stressing its uncertain nature, saying in testimony before the Senate Agriculture Committee in December that it was designed in part to “dampen” public reliance on lower estimates. Another reason for the difference, Jarrell said on Monday, was scope: CME’s estimate includes only domestic accounts, while Giddens’ includes global accounts, Jarrell said.

“Internationally, nationally, commodities accounts and securities accounts, it’s the entire universe that we believe we will have to come up with to satisfy 100 percent of expected claims,” he said, citing accounts in the U.K., Canada, Australia and Singapore.

But Giddens never revealed with specifics how his investigative team calculated the $1.2 billion figure. Jarrell said it was mainly the work of auditors from Ernst & Young and Deloitte, but he did not disclose more details.

Interestingly, the number $1.2 billion has cropped up in other places in the MF Global case, although it seems to be nothing more than a matter of coincidence. The futures firm had a $1.2 billion credit line arranged by JPMorgan Chase that it drew down on in the days leading up to the bankruptcy. In London, audit firm KPMG, the administrator for MF Global UK, is planning to return $1.2 billion in customer money to mostly European customers of the futures firm.

While Giddens’ probe has gone on for weeks, the $1.2 billion peg has remained static, even in the face of public and private doubts from most other agencies involved in the investigation.

Sources told Reuters in November that some regulators believed Giddens had double-counted about $220 million, reducing the shortfall to about $980 million.

A person familiar with the probe said Federal authorities, who are trying to determine if any laws were broken at MF Global, continues to assume that amount of missing customer money is closer to $600 million than Giddens’ $1.2 billion estimate.

“There is still unfortunately not a crystal-clear number about the shortfall,” Jarrell said in response to duelling estimates. “It’s frustrating – to us, to customers and others – who are trying to figure out what happens. Our best estimate continues to be $1.2 billion.”

The uncertainty has gotten under the skin of customers hoping to recover 100 percent of their accounts, which were frozen when MF Global filed for bankruptcy.

John Roe, a spokesman for advocate group the Commodity Customer Coalition, on Monday said he hopes the trustee “will provide more information as to his accounting of the shortfall” at Thursday’s customer meeting.